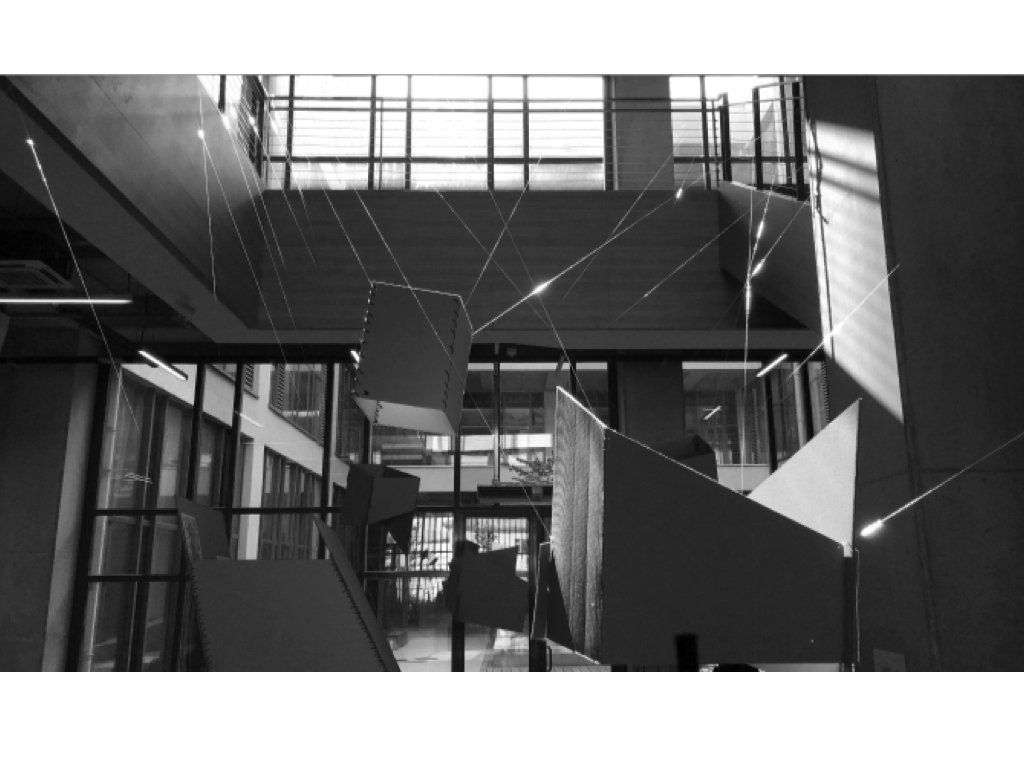 A huge military area that lays inaccessibly in the middle of the city. Completely detached!
It is unpleasant for people to walk around or even to approach it.
What a waste of land! On one side – residents; on the other side – even a larger military land. In the middle of Ankara, a land of 800 meters in length, fenced by impenetrable lines of security guards, armed military personnel, cameras, barb wires, and spikes. After the military is moved out from these lands and they are left to the citizens of Ankara, it must be the architects’ responsibility to reveal its hidden potential – integral part of the city, not a foreign body.
There is a big potential in this military land to become an in-between land in the middle of Ankara. We conceive this area as a connector. A mediator, a transition area that bridges the cavity left behind by the military.
This is not just a bridge for people to transit over, but a bridge that embraces alternative uses.
This area, a new place of delight, will trigger a new collective memory for citizens of Ankara.
This is a new approach to planning and designing, the design sprouts from its own fabric, material of this land. This design will show people the great hidden potential of transforming the whole city.